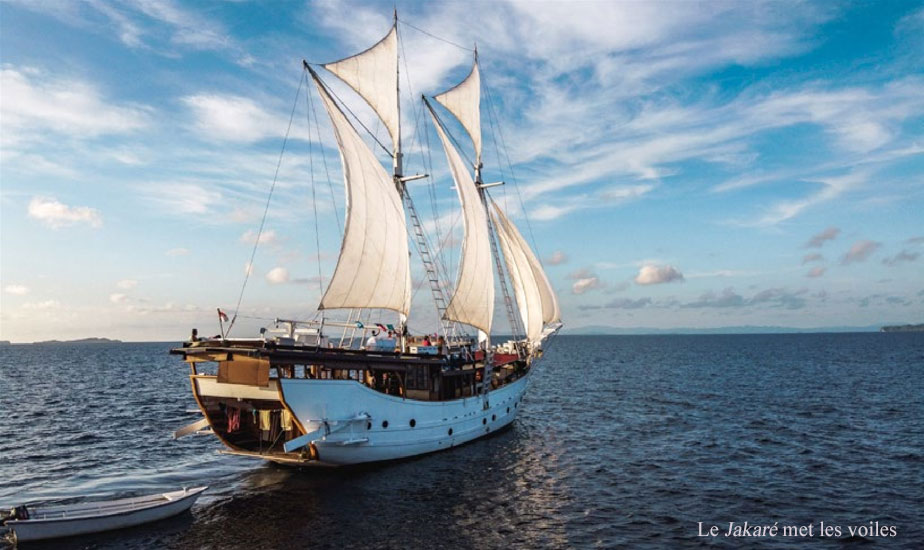 I remember hearing about Jakaré during a dinner. So when Daniela mentions a “sailboat to Borneo” during our group call in quarantine, I jump at the opportunity to interview this couple of sailors and learn more about this story worthy of the big blue!

Maya and François have been divers for a long time, both coming from Marseille. Maya tells me that she has been diving since she was nine, accompanied by her parents. François is a sailor. The sea has always been part of his life. It was in his youth that he began to sail, a small crossing here and there… And he left for a year on a 12-meter sailboat between Brittany and Madagascar! Then begins an endless story. Endless Love. That of high tides!

Once installed in KL, then an engineer for an oil company, François always feels the call of the sea. Having already had a sailboat in Langkawi, he knows that Malaysia is not the ideal country despite everything: “Little wind , few ports, few opportunities, ”he says. The idea was then to look for Indonesia, better known for its traditional boats. The couple had already met several years ago an owner of ‘ pinisi ‘, the famous ship from the south of the island of Celebes. « Sign of life or fengsui call , it turns out that the boat was for sale »! First acquisition therefore: the Jingo Jango in 2013. Built by four French people, it is a mixture of pinisi and chuna (Dutch ship), which makes her a unique 20 meter ship.

Very quickly, the cruise ship was back in service. Simple and cozy, it can accommodate up to six people. Everything is rolling like clockwork and the machine is on. But as time goes by and customers parade, a second dream grows… that of creating their own sailboat. Maya and François question each other and aspire to be more beautiful, bigger, bigger… 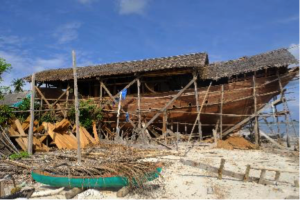 They then visit Makasar Bera, in Tana Beru: a place renowned for the authentic creation of pinisi . Think feet in the sand (white), “very” traditional shipyard (XIXth century), and zero equipment. Authentic, we tell you! This is how the construction of this new baby began in 2015. François met a Frenchman who had a boat built himself, so the idea was to set off on a sister-ship of this famous ship. Same shape, same hull, only the interior will change. Begins a long process, especially that of choosing the wood. Iron wood, white teak, pink teak, and other essences are chosen and quickly reveal their beauty (admittedly after 6 months of drying and storage!). 2017, completion of the project: the boat is ready. November 2017, high tides, it’s time for the launch. Time of verdict. “The crew was there, all of them were shooting with pulleys… then one, two, three people and finally the whole village were added! Maya says. The boat is placed on two feet at the back, we pull then move forward a few meters to make the feet jump, then we pull and move forward again… And rewind until… hop, the ship touches the water, it is ready to sail! 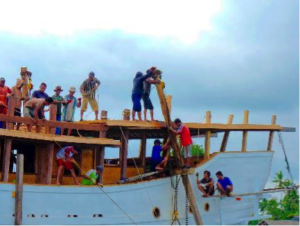 And why the name of Jakaré ? Multiple interpretations: Jakarta , this beloved Indonesia? Maybe… But not only… It is also the nickname given to the son of Maya and François by his friends of capoeira, this Brazilian martial art that he practices with passion.  » Jakaré means alligator, and this word sounds a bit French, it is easily pronounced in several languages ». Finally, how can we fail to notice the coincidence: the owner of the twin boat works in a spice import-export company called “ Jacarandas ”. The puzzle falls into place: Jakaré will be! 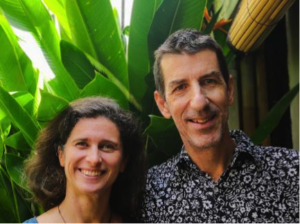 Because of its length of 30 meters, the boat is therefore classified as “luxurious”, but it is above all its comfort that takes precedence. Lots of wood, little decoration, large spaces such as the solarium, air conditioning, showers and toilets in each cabin: the idea is to recharge your batteries. Its soft, rounded and varnished curves make this boat a lively and relaxing vessel. Add the friendliness of its crew of ten people: captain, mechanic, chef and his assistants, duck masterIndonesian, cruise director as well as a French diving instructor (usually expatriate who can also give baptisms). “Everyone was a part of the boat building and they know the ship like the back of their hand,” says Maya. Having worked in oil tankers, François makes it a point of honor to ensure safety. All have been trained in first aid and the crew of the Jakaré know how to manage emergency procedures. 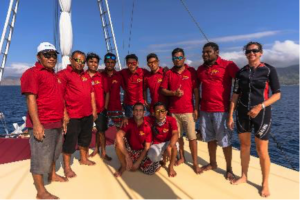 The crew of the Jakare

But let’s talk about cruises! Composed of five cabins of two people, Jakaré can accommodate up to 12 people. These private cruises, available throughout the year, last on average 5 to 10 days, and mainly target the famous « Coral Triangle » (bathing the waters of Malaysia, Indonesia, the Philippines and the Solomon Islands). ). You will therefore discover Komodo (yes, the pink beach) and Raja Ampat (also called “the last paradise” for its unspoiled beauty) and swim among the most beautiful corals in the world and the most beautiful marine biodiversity on the planet! After ten years of vogue in Indonesia, Maya reminds us that “it is rare today to find such pure corals between the boats that pour in every day and the surprises found during sessions.snorkeling ”. Large corals are less and less present, but nature is fortunately taking over by developing and learning to live differently. 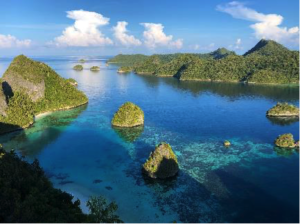 The breathtaking view of Raja Ampat

The Jakaré is also doing its part to preserve this environment by reducing and managing its waste, by choosing an engine that consumes less. The soaps and sunscreens provided on board are also biodegradable, steel gourds are also provided for the week, solar panels are installed at the back of the boat, and special attention is paid to the jetty of the anchor. 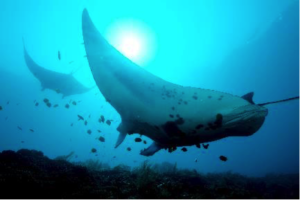 In addition to the « obvious » activities of diving, snorkeling and kayaking, the Jakaré offers many other surprises: trekking to the top of the sugar loafs with a view of the lagoons, discovery of the birds of paradise, fusion cuisine thanks to the chef who never fails. no creativity, but also yoga-dayan (g) (form of meditation) classes. Maya is indeed a yoga teacher based in Bali when she is ashore and can also offer themed cruises! Everything is there, then, to make this trip a complete getaway, body and soul. 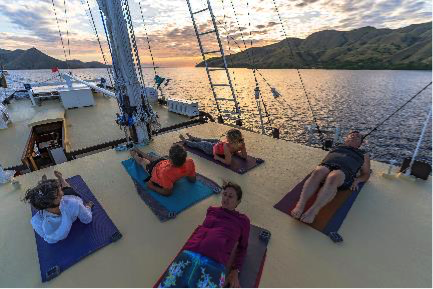 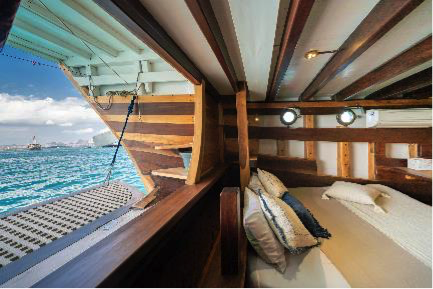 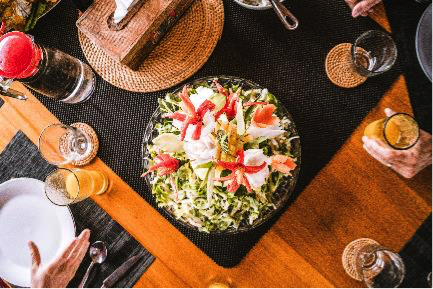