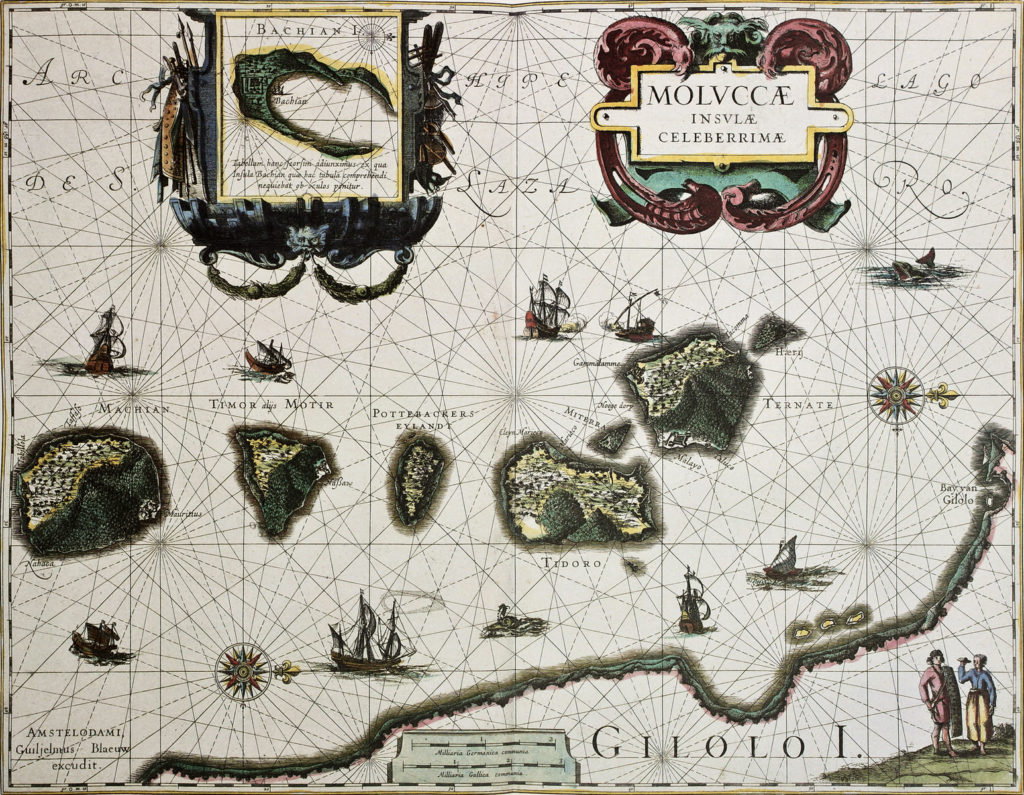 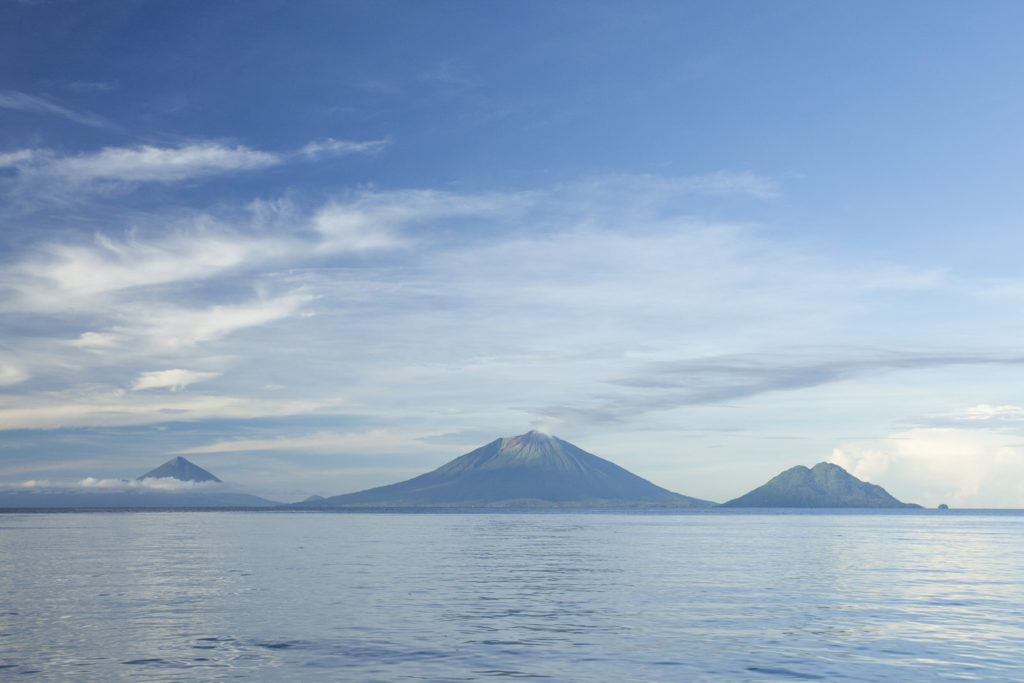 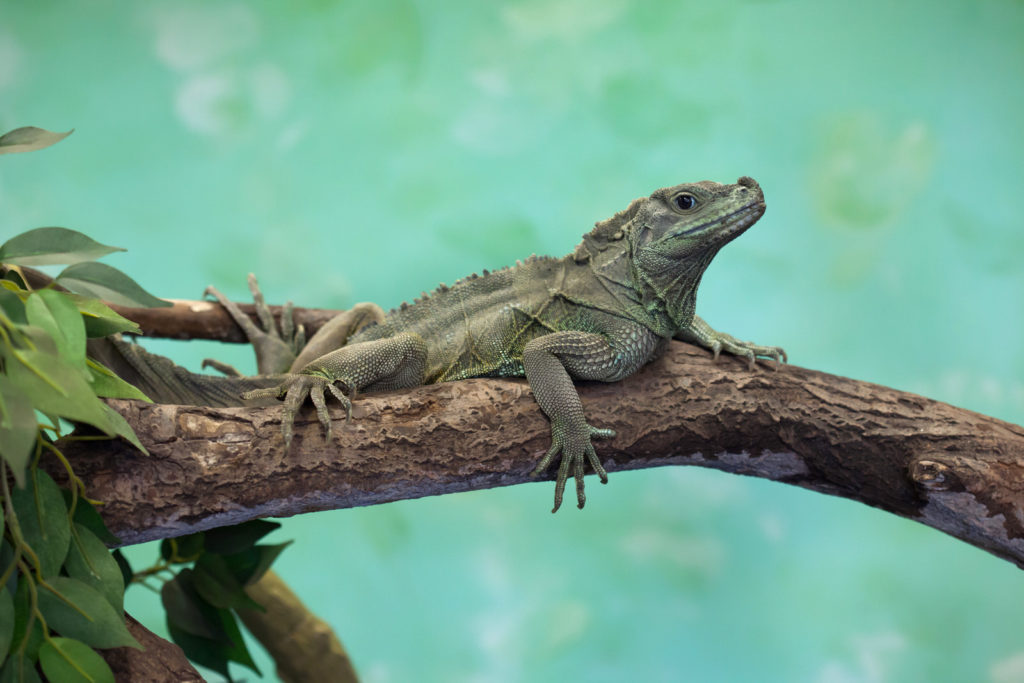 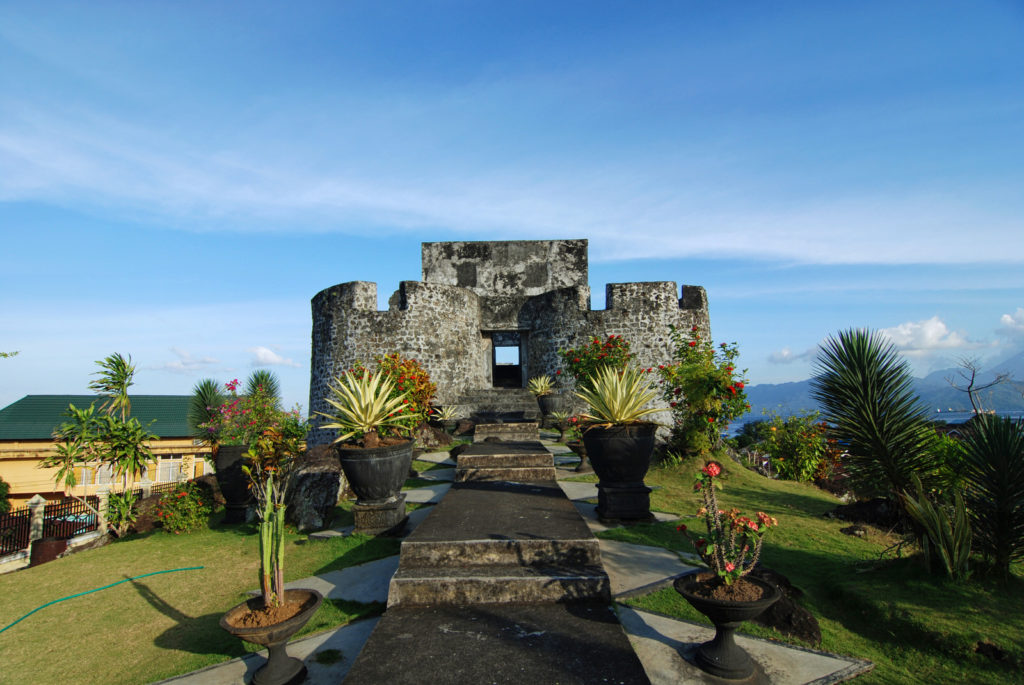 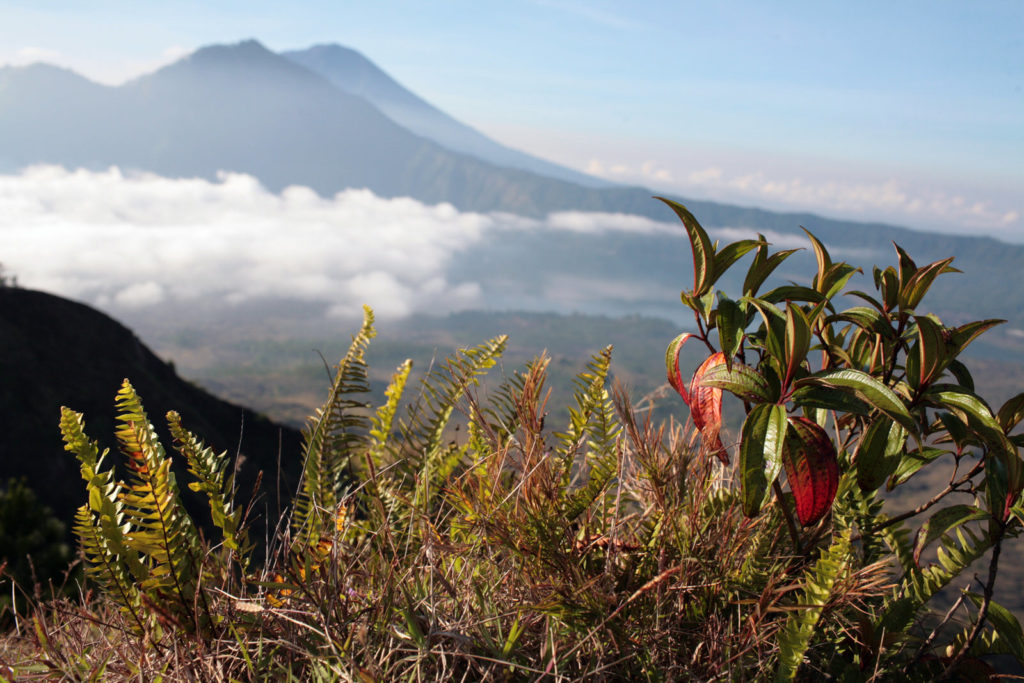 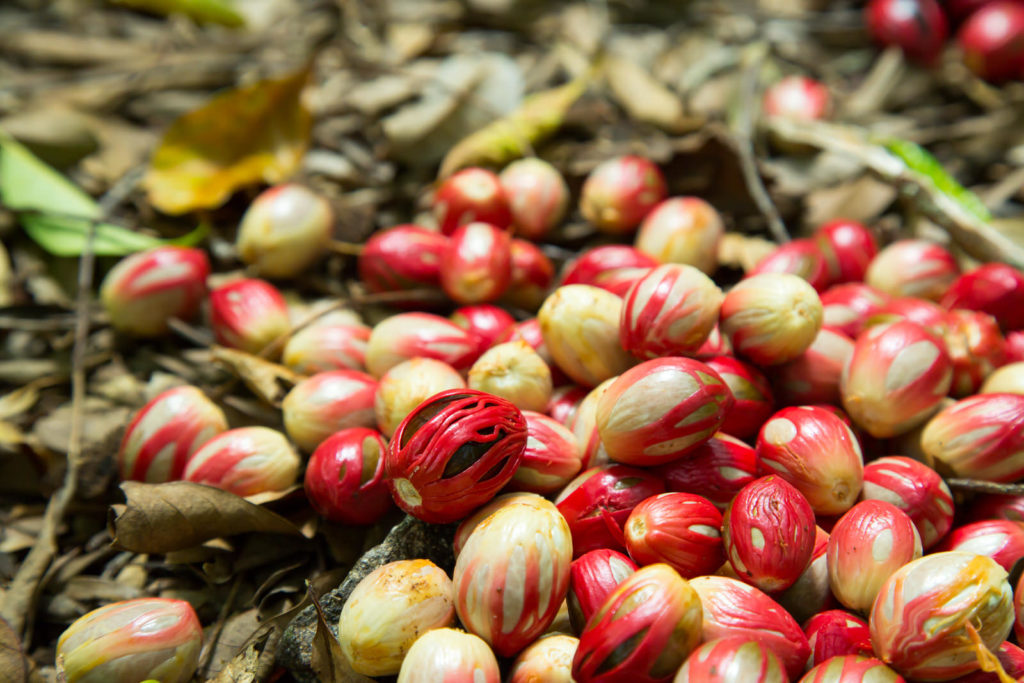 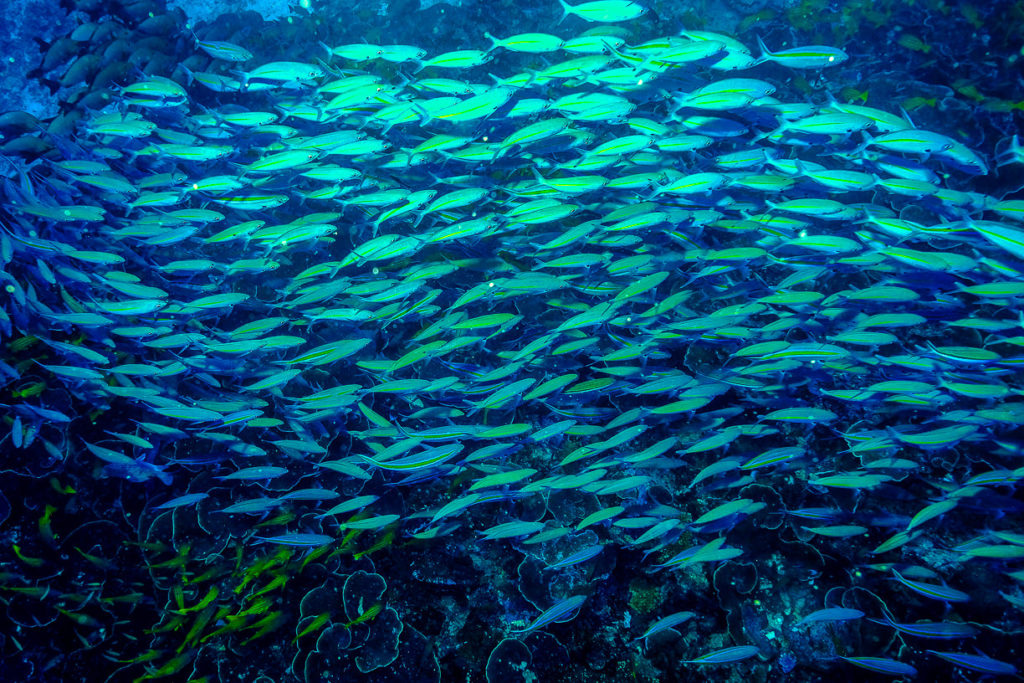 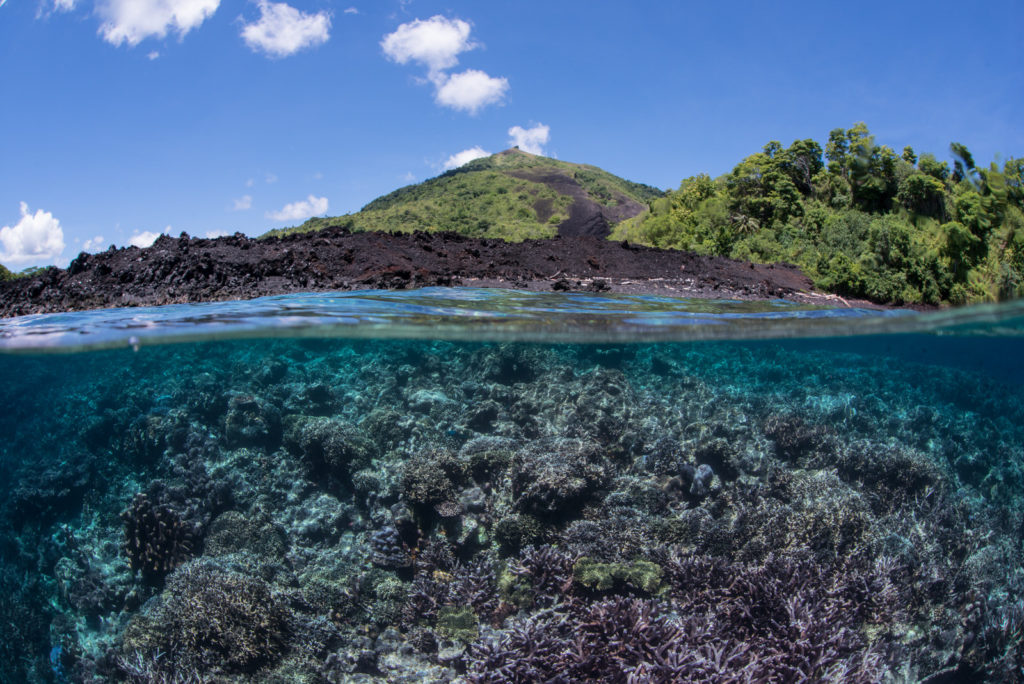 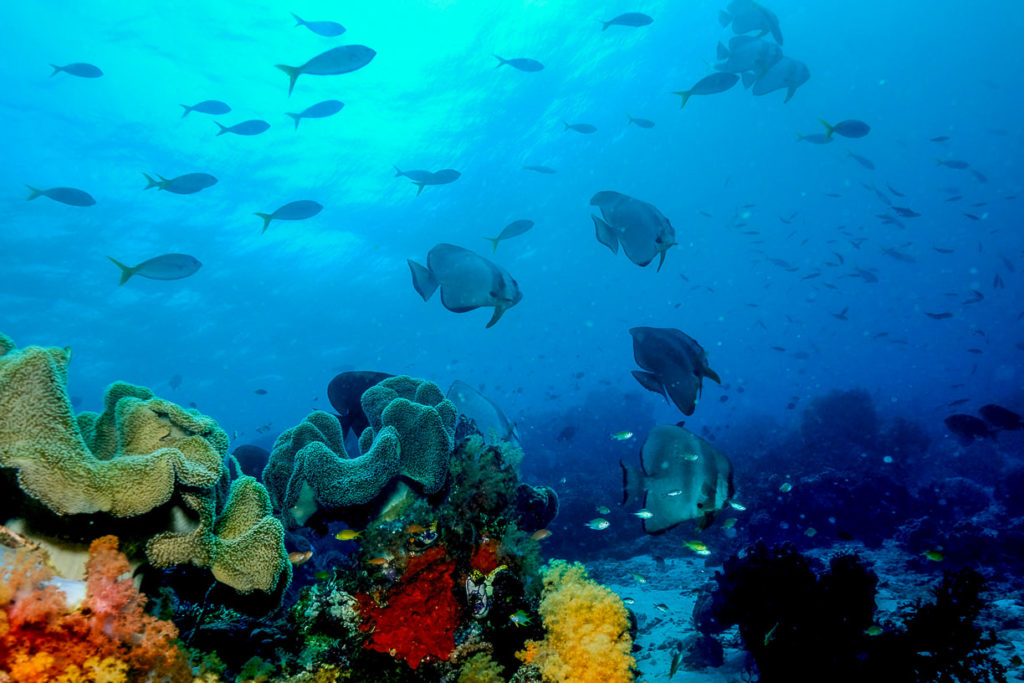 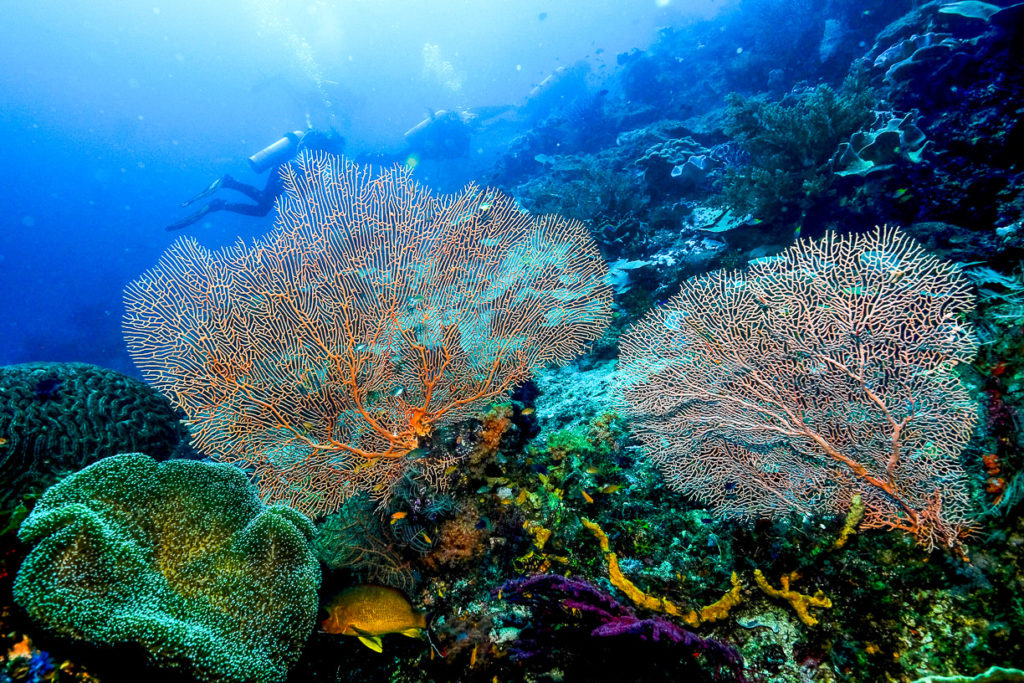 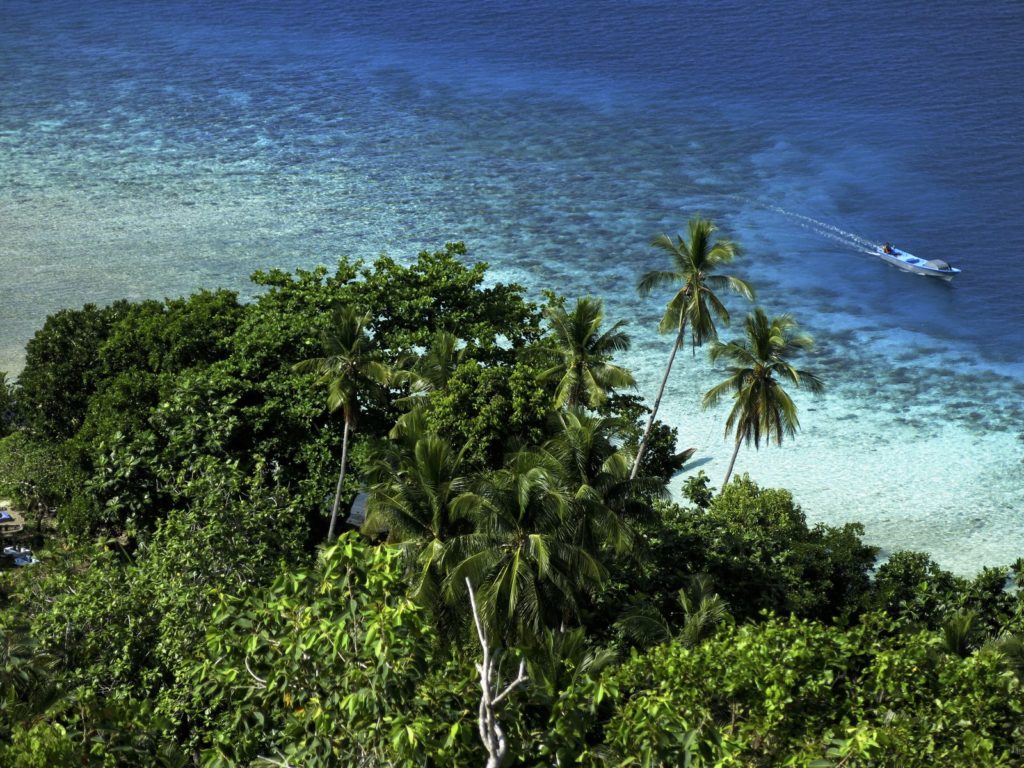 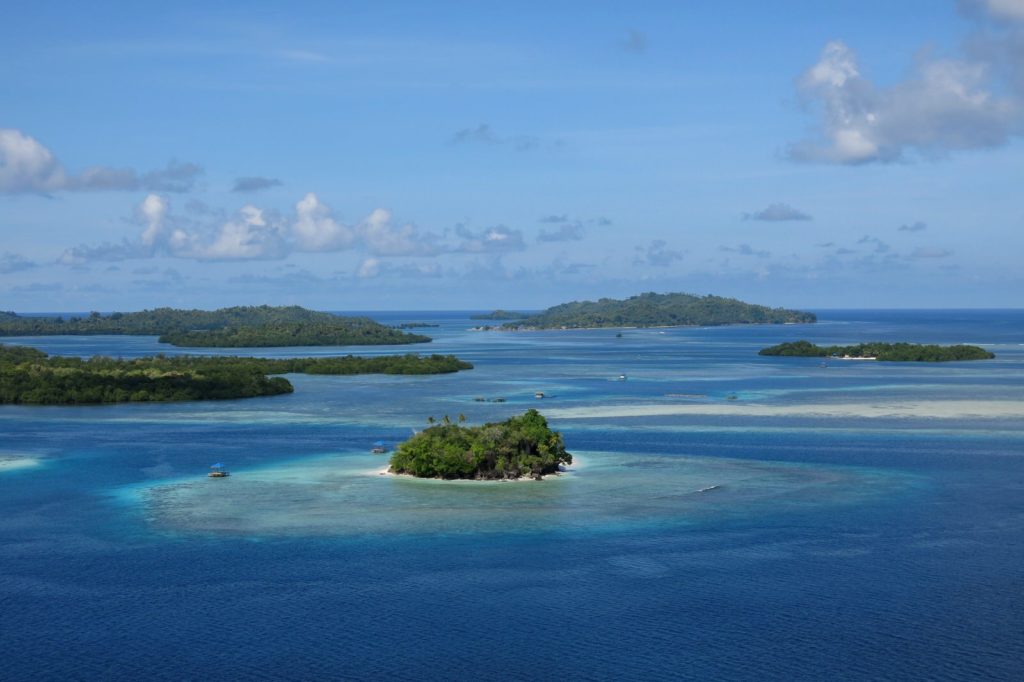 Ternate Airport is served by major Indonesian airlines from Jakarta, Manado and Makassar. 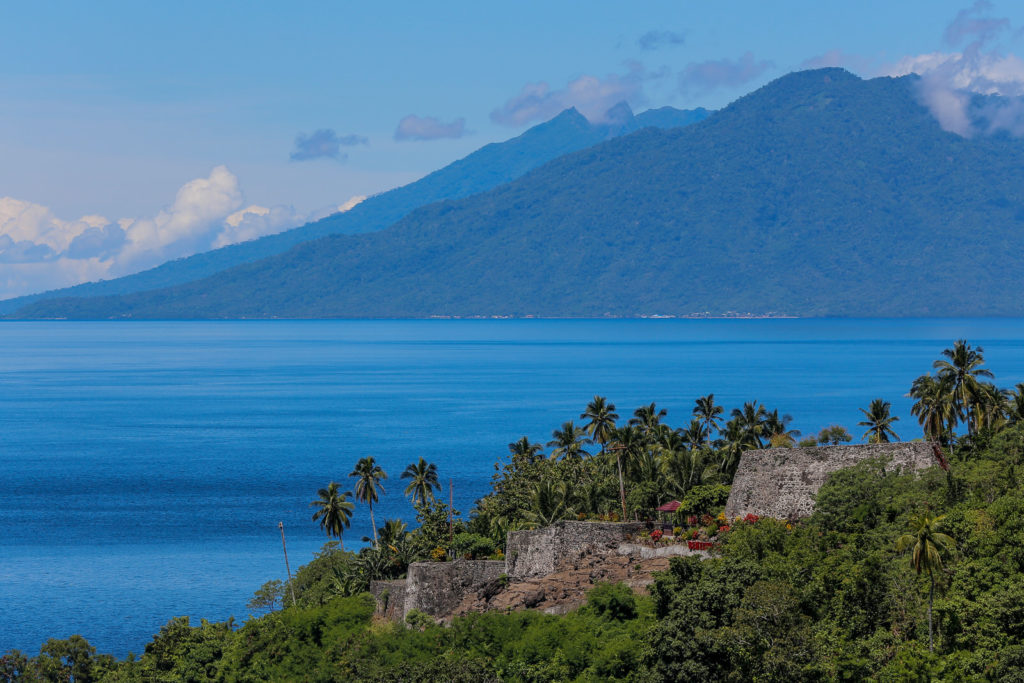 Volcanic in origin, these islands which are today largely excluded from the economic development of the rest of the country, have nevertheless marked the history of the area and of old Europe. Otherwise known as ‘Spice Island’, these islands were the scene of high stakes and coveted amongst the main economic powers of the 16th century; English, Dutch, Arabs, Portuguese and Chinese who contested the dominance of the place to control the precious spice trade.

In the 19th century, the naturalist Alfred Russel Wallace also made it his base for exploring the more remote Indonesian regions, and contributing his research to the theory of evolution published by Darwin.

Forgotten by tourists because of a complex access to reach it and the conflicts that may have taken place there a few years ago, this jewel of a place is just waiting to be rediscovered, whether on land or underwater.

A Very volcanic area, the northern part of the Moluccas has these wild landscapes of East Indonesia. Around Ternate, a line of seven volcano islands emerge from its waters. Farther south, the misty mountains of Halmahera, covered with primary forest, are bordered by intact mangroves. Halmahera’s seabed equals in beauty to its more famous Raja Ampat neighbours. A rigorous exploration, allowed us to discover mesmerizing dive sites still unknown. The reefs are very colourful with a large amount of soft corals, and very hard coral gardens. there is An abundance of life that has developed.

There are also very small critters with many nudi-branchs and other pygmy seahorses. Denise and Barbiganti of course, but also the famous Pontohi, which is even more rare. The big ones can also be found there, like the black tip sharks, napoleons, schools of bigeyes trevallies and barracudas. Dives can sometimes be sporty, with strong currents. The Goraichis, and the Strait of Patintie, with their seamounts and winding landscapes are particularly rich in fish. Sometimes manta rays can be found. 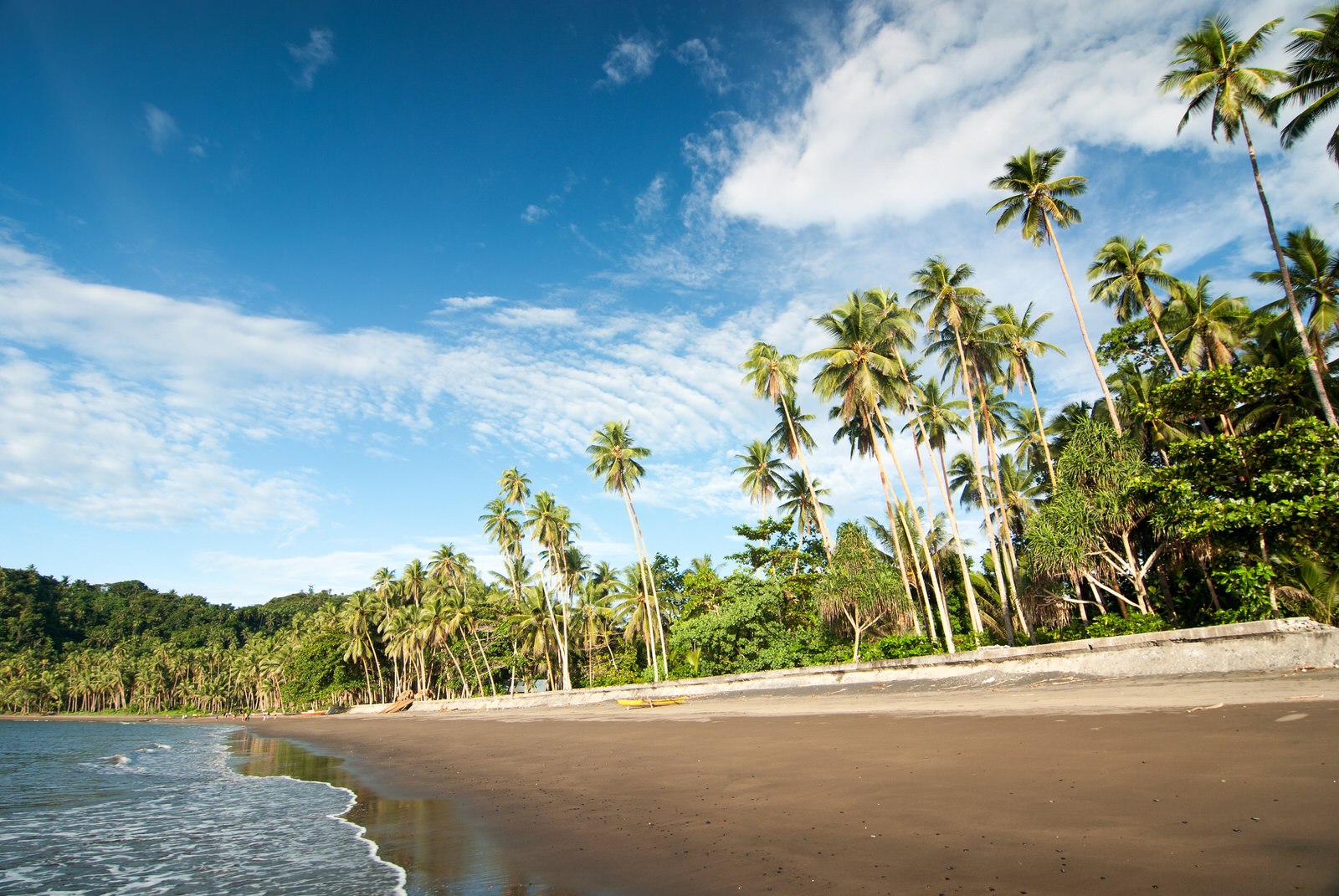