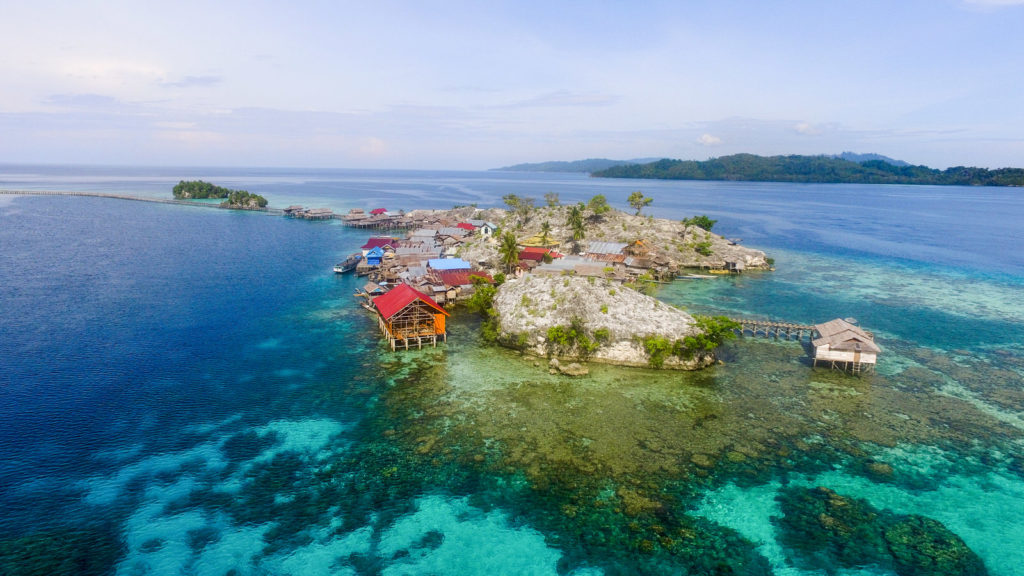 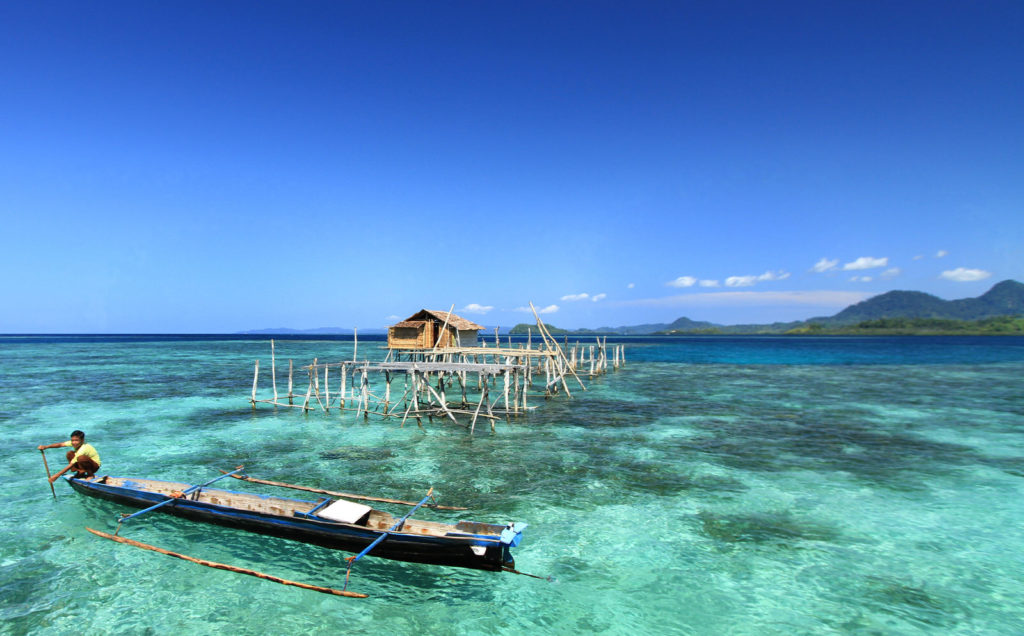 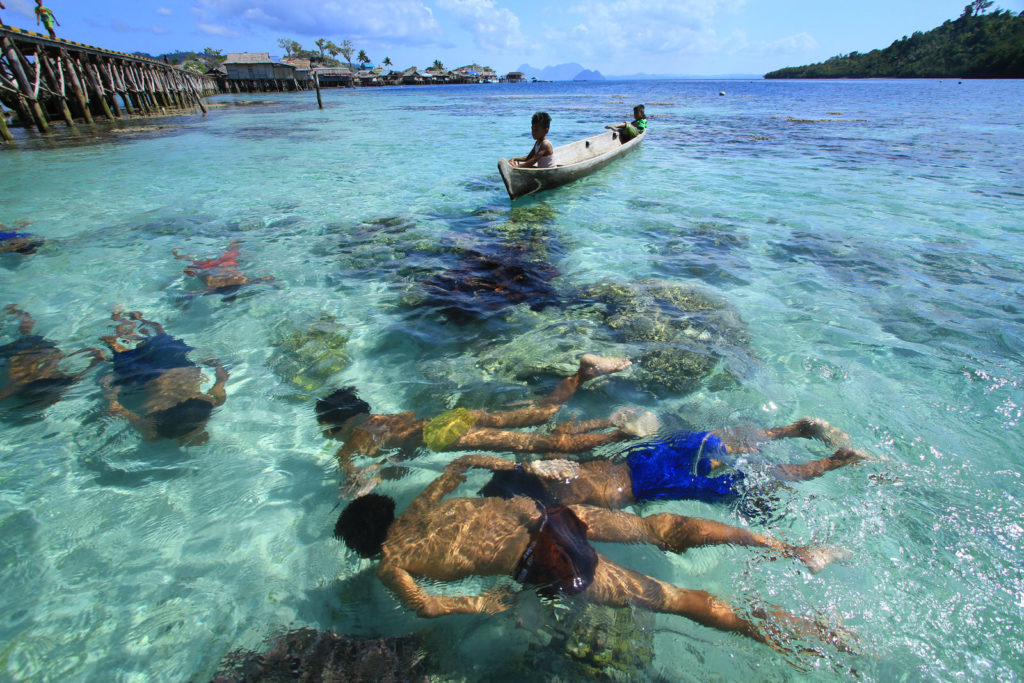 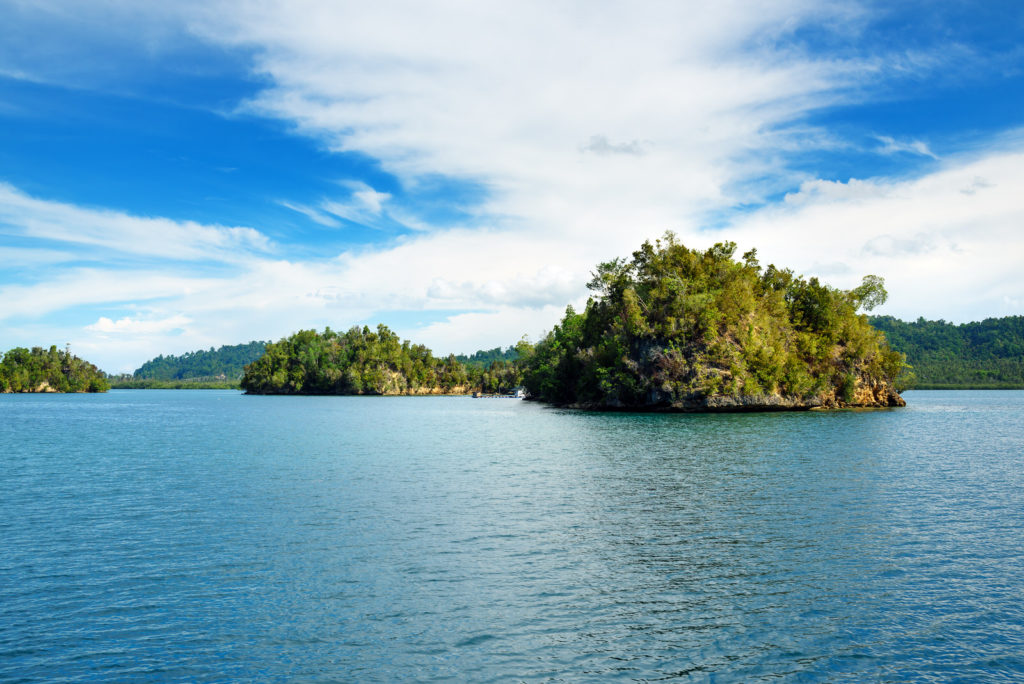 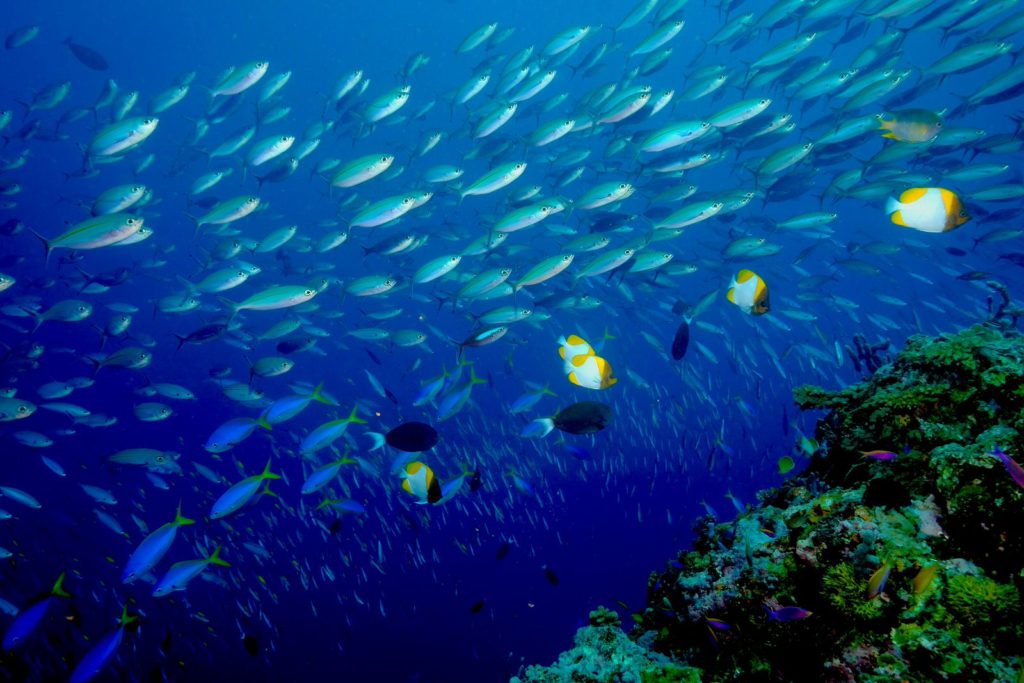 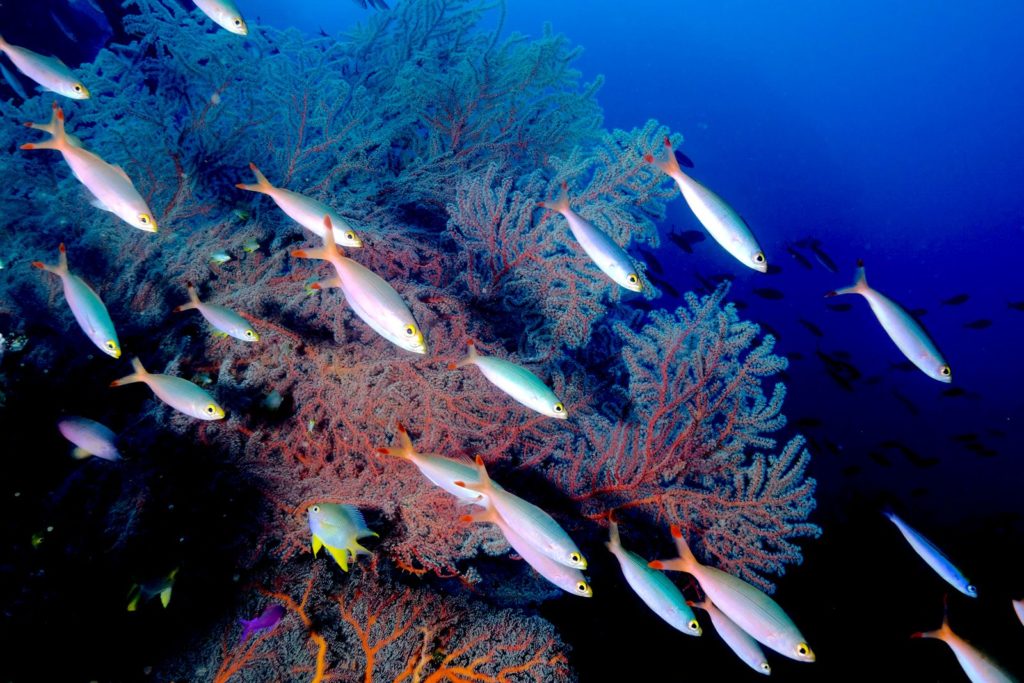 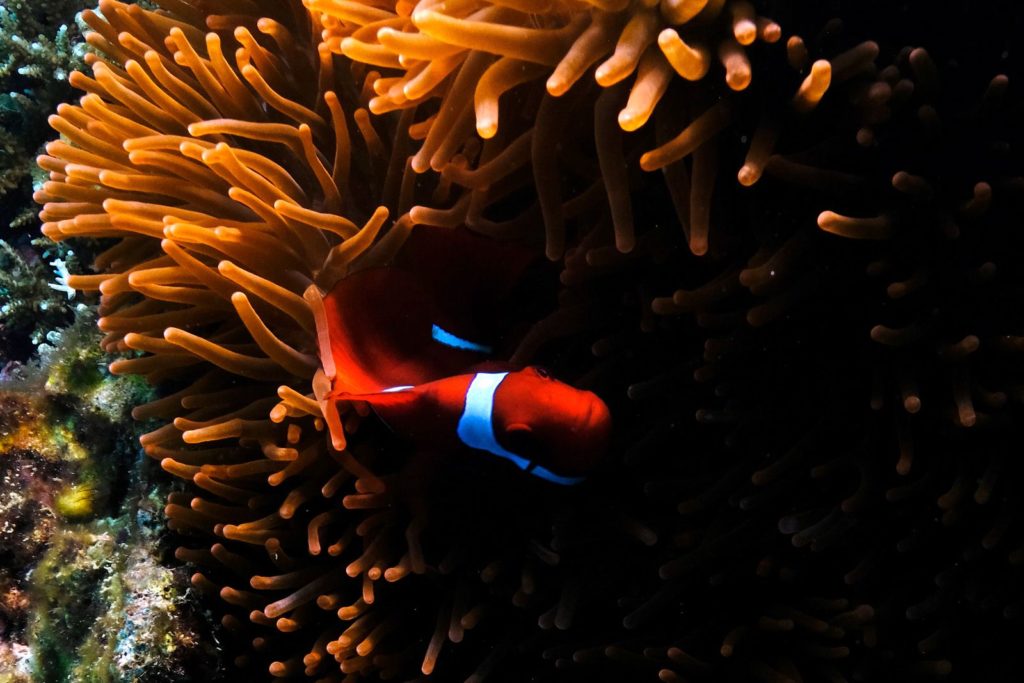 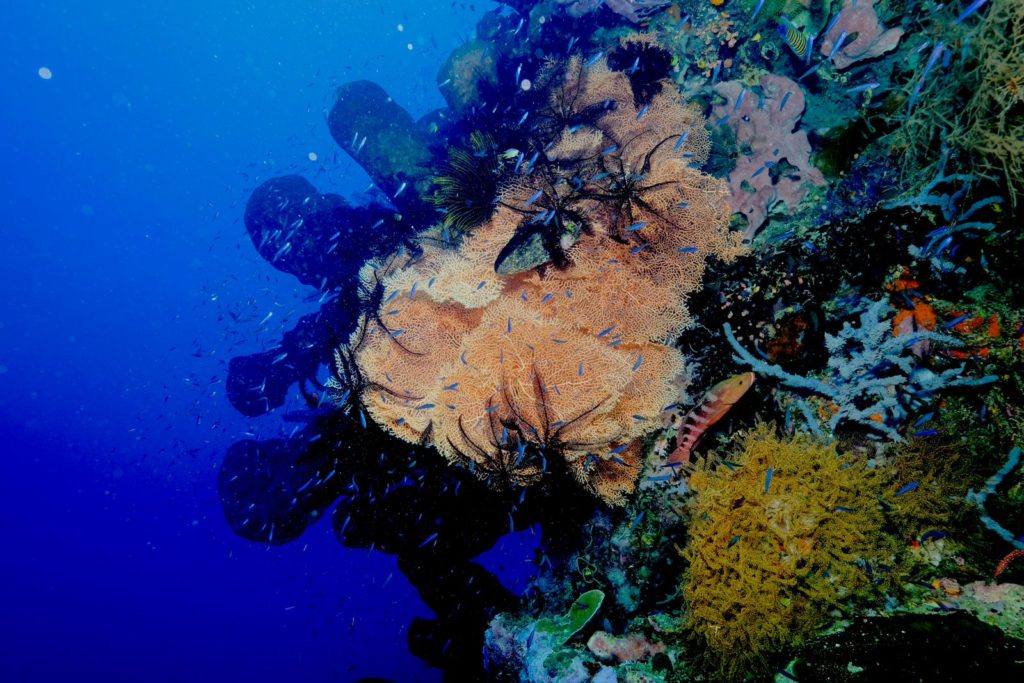 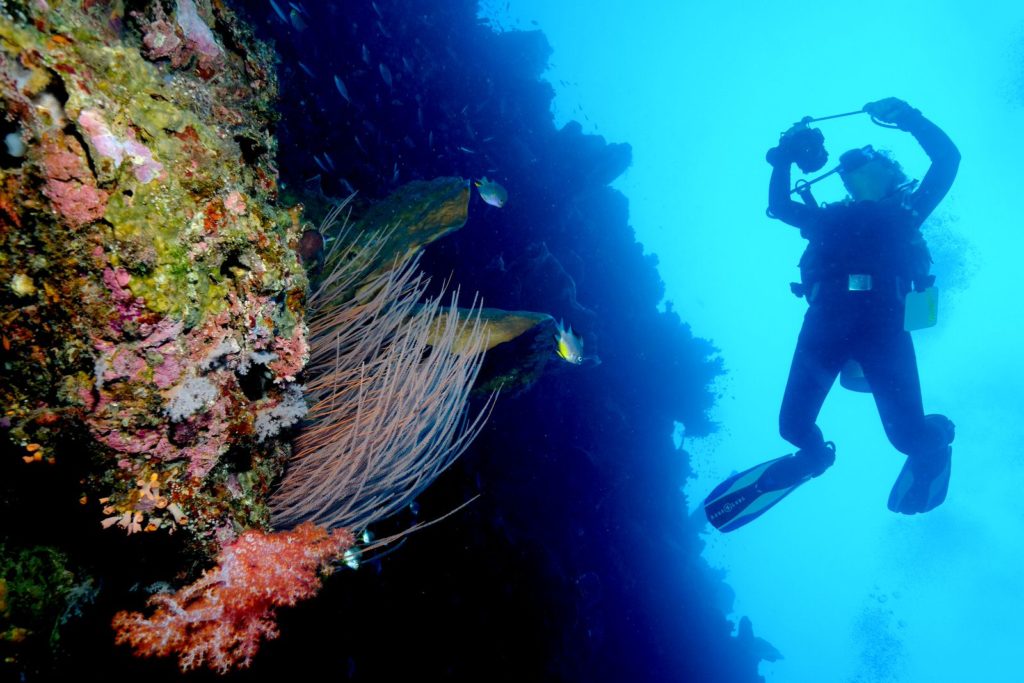 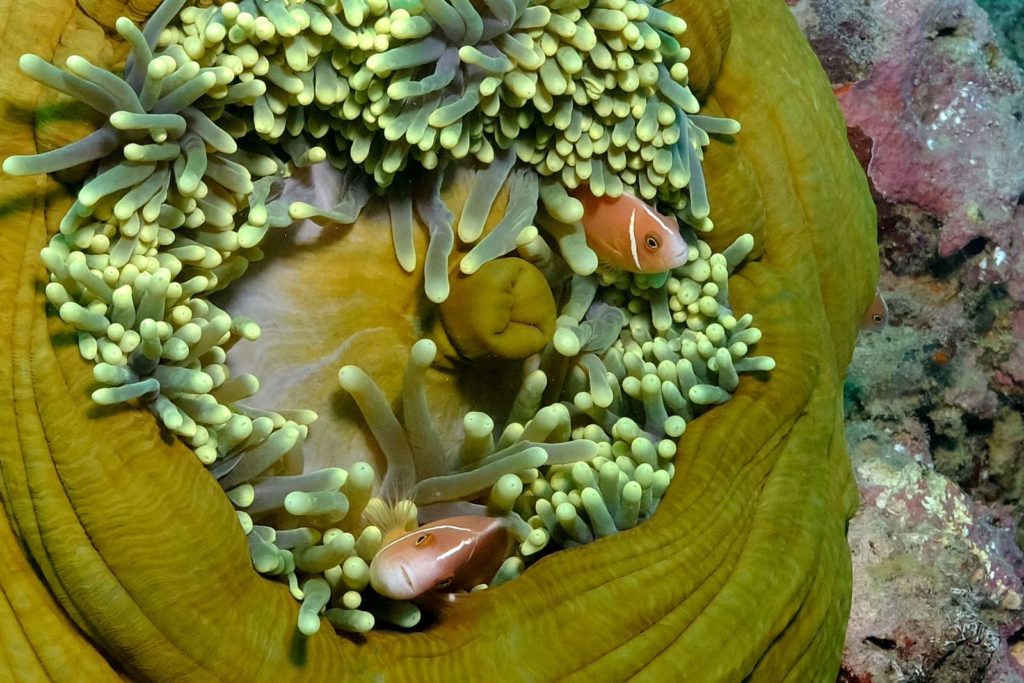 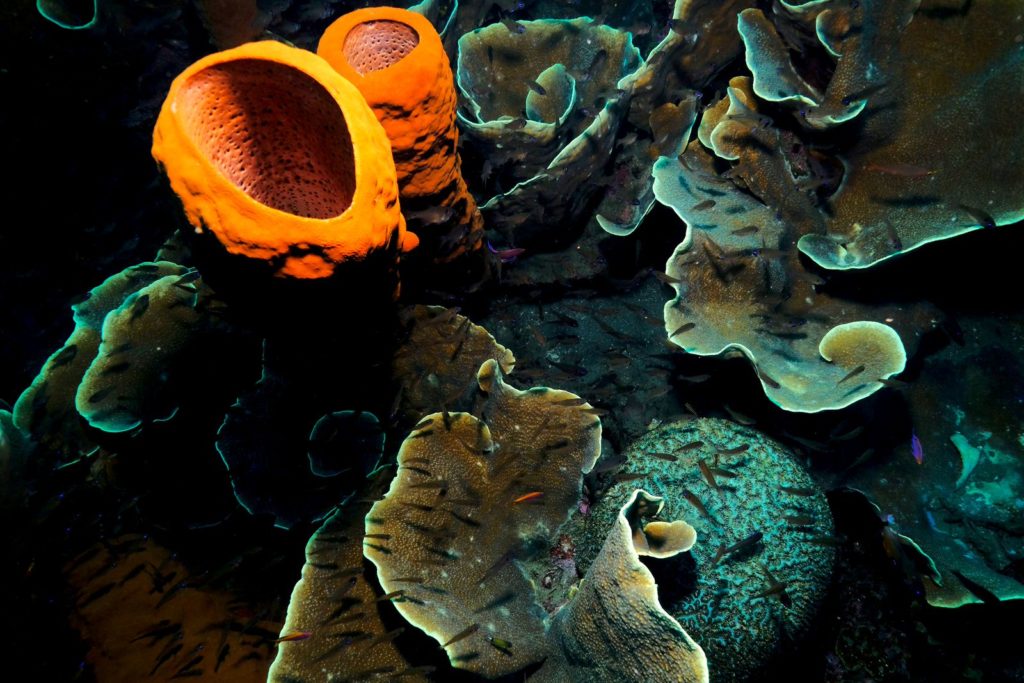 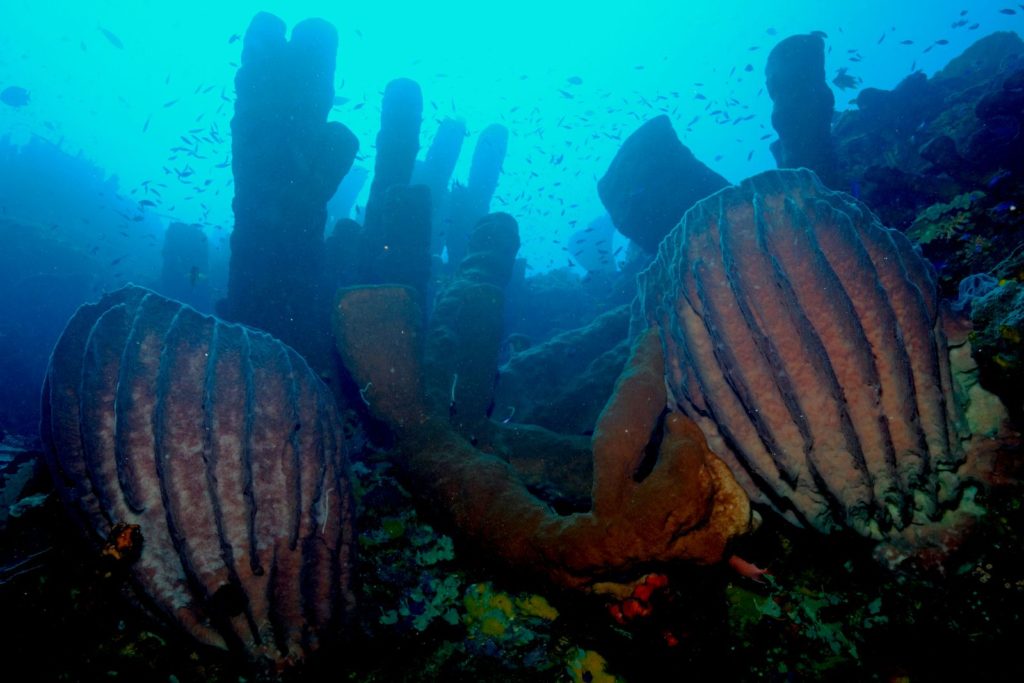 May / June and then September / October.

Gorontalo or Ampana are linked to main cities like Jakarta and Palu by the main domestic Indonesian Airlines. 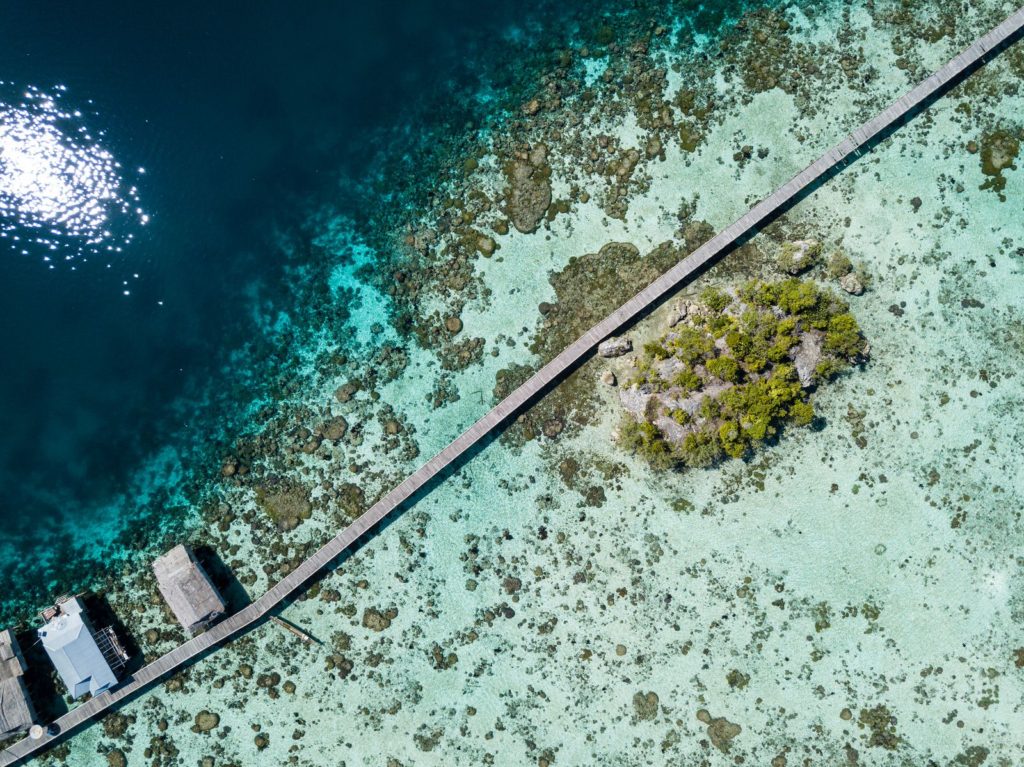 The Togean archipelago is a unique destination due to its geographic situation and the specificity of its seabed. Located on an underwater ridge of the Gulf of Tomini of volcanic origin, the islands rise from 1200m to 1500m offering a remarkable ecosystem. Una Una Island is an active volcano.

Explore an exceptional underwater biodiversity reserve! A marine assessment by the Center for Applied Biodiversity revealed a reef fauna containing at least 314 species of coral, 541 species of molluscs and 819 species of fish. Scientists have even discovered a few marine species that do not exist anywhere else in Indonesia, such as three endemic coral species.

The reefs are made up of corals with impressive sponges and giant gorgonians. The Togean archipelago offers the uniqueness of bringing together the three types of reefs, with the presence of a large barrier reef, smaller fringing reefs and some atolls. The large coastal mangrove areas constitute the habitat and reproduction areas for the hawksbill, green turtle and dugong breeding stock.

On land, you can see many different species of rare birds including hornbills and parrots. With a little luck, you might even be able to see the endemic owl of the Togeans, the famous Ninox burhani!

Tomini bay is a paradise for divers. In Togean, underwater life is abundant and diverse. Around Pulau Una Una, biodiversity is largely comparable to Komodo or Raja Ampat. There are schools of gigantic fish, rays, turtles, huge corals, in very clear water and almost without currents. Around the islands you will find drop-off dives, wreck dives, incredible muck dive sites and much more.

Take advantage of your cruise to meet the Bajo (sea gypsies) who live in villages built on stilts, Go Trekking, visit the volcano in Una Una, visit the jellyfish lake in Kadidiri and enjoy kayaking around the magnificent beaches and off the island of Malenge.

The most famous dive sites of the Togeans are around the island of Una Una and Kadidiri in the north of the archipelago and Bomba Atoll in the south. 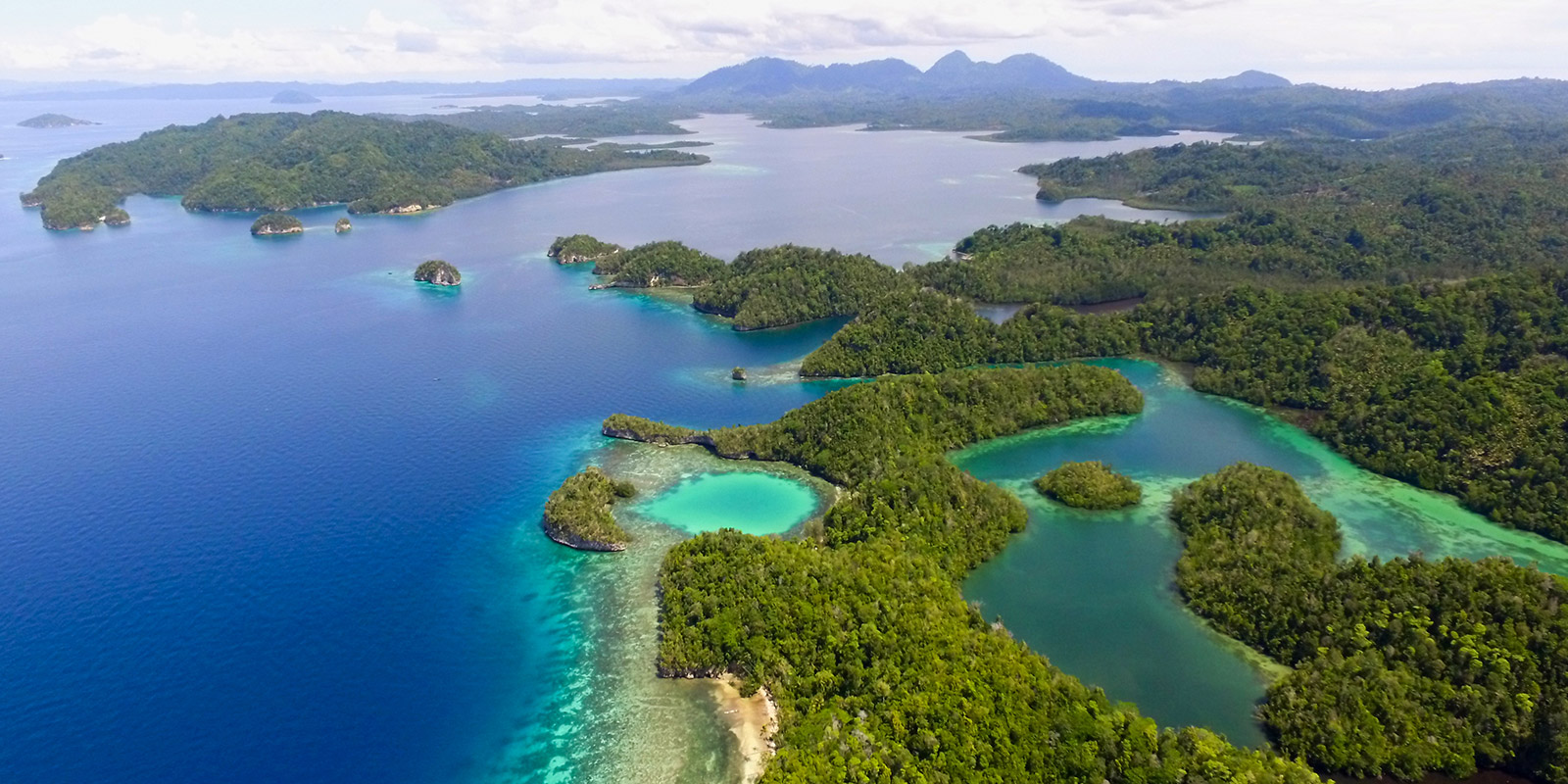